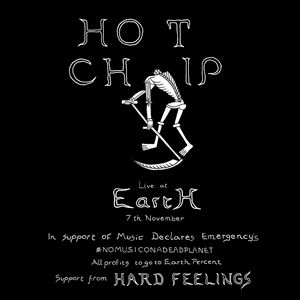 All profits for the show will go to EarthPercent. The show will be presented with Music Declares Emergency’s #NOMUSICONADEADPLANET campaign.

About Earth Percent: EarthPercent seeks to include the planet as a stakeholder by asking artists, companies and individuals to commit a small percentage of their revenue to EarthPercent who will then distribute this money to the most impactful organisations working on the climate emergency with the guidance of an advisory panel of climate experts, leading scientists and youth activists.